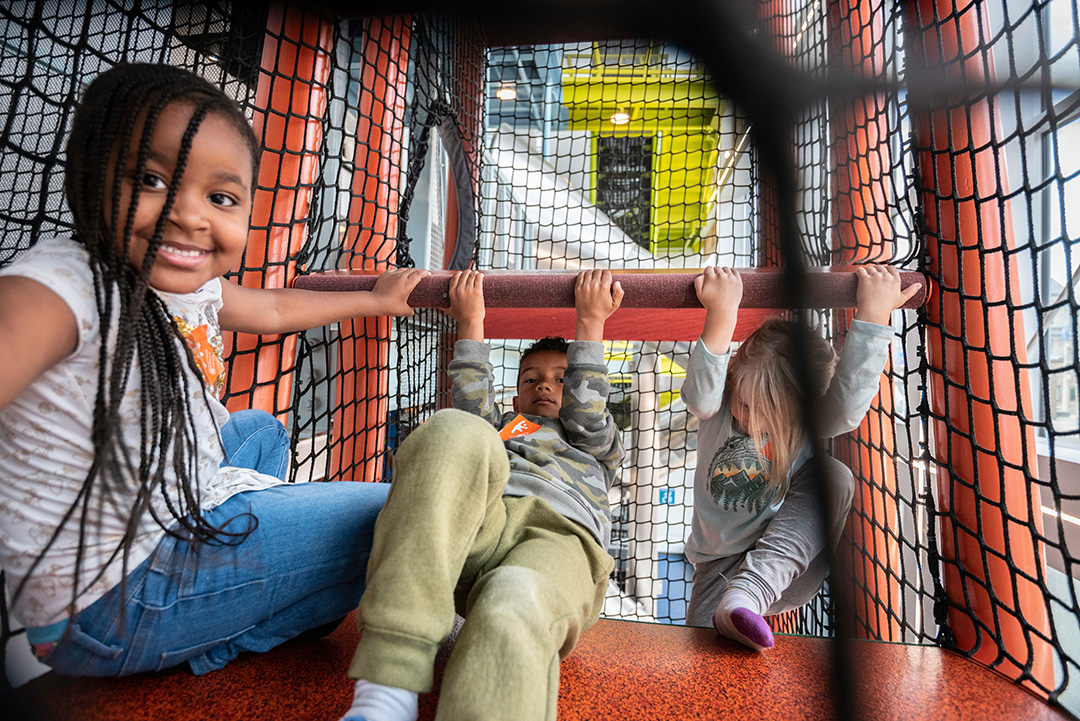 It’s no secret that the amount of time kids spend playing has been declining. In fact, kids growing up today play an average of eight hours less per week than children did in the 1980s.

The trend has prompted warnings from the American Academy of Pediatrics and the World Health Organization that a lack of play time has a negative impact on kids.

When kids don’t play enough, they miss out on opportunities to build important skills – such as critical and creative thinking, communication, collaboration and more.

The decline in play also contributes to rising levels of anxiety, stress and depression in kids. Researchers from National Survey of Children’s Health found a 20 percent increase in anxiety diagnoses in kids ages 6 to 17 between 2007 and 2012. And a study published in 2019 in the Journal of Abnormal Psychology found that between 2009 and 2017, rates of depression rose by 47 percent among those ages 12 to 13. Since the COVID-19 pandemic, the Center for Infectious Disease and Research found rates of anxiety and depression in children have doubled.

What Can Parents Do?

Life is busy. There are a lot of things outside of our control. We get it. Declining play isn’t the only factor contributing to rising mental health issues in kids. More regimented school schedules and increased screen time, for example, play a significant role. Academics, structured activities and other outside pressures take up a lot of time and can be overwhelming. Recent upheavals from the pandemic and social unrest are big contributors. But play not only helps kids build cognitive skills, it contributes to emotional and mental health. When kids are given the space and freedom to play, the benefits are powerful.

We encourage parents to do their best to protect children’s playtime by setting aside a little bit of time each day to ensure kids can experience the power of play. We also encourage you to get in there and play too! Play is good for everyone no matter their age.

How Does Play Reduce Stress?

Getting Past “Yes/No” Answers: The Power of Open-Ended Questions

The Power of Open-Ended Questions You probably ask your child lots of questions every day. But did you know that how you ask your child questions has a big impact? It’s true! By asking open-ended instead of closed-ended questions, you help boost critical and creative...