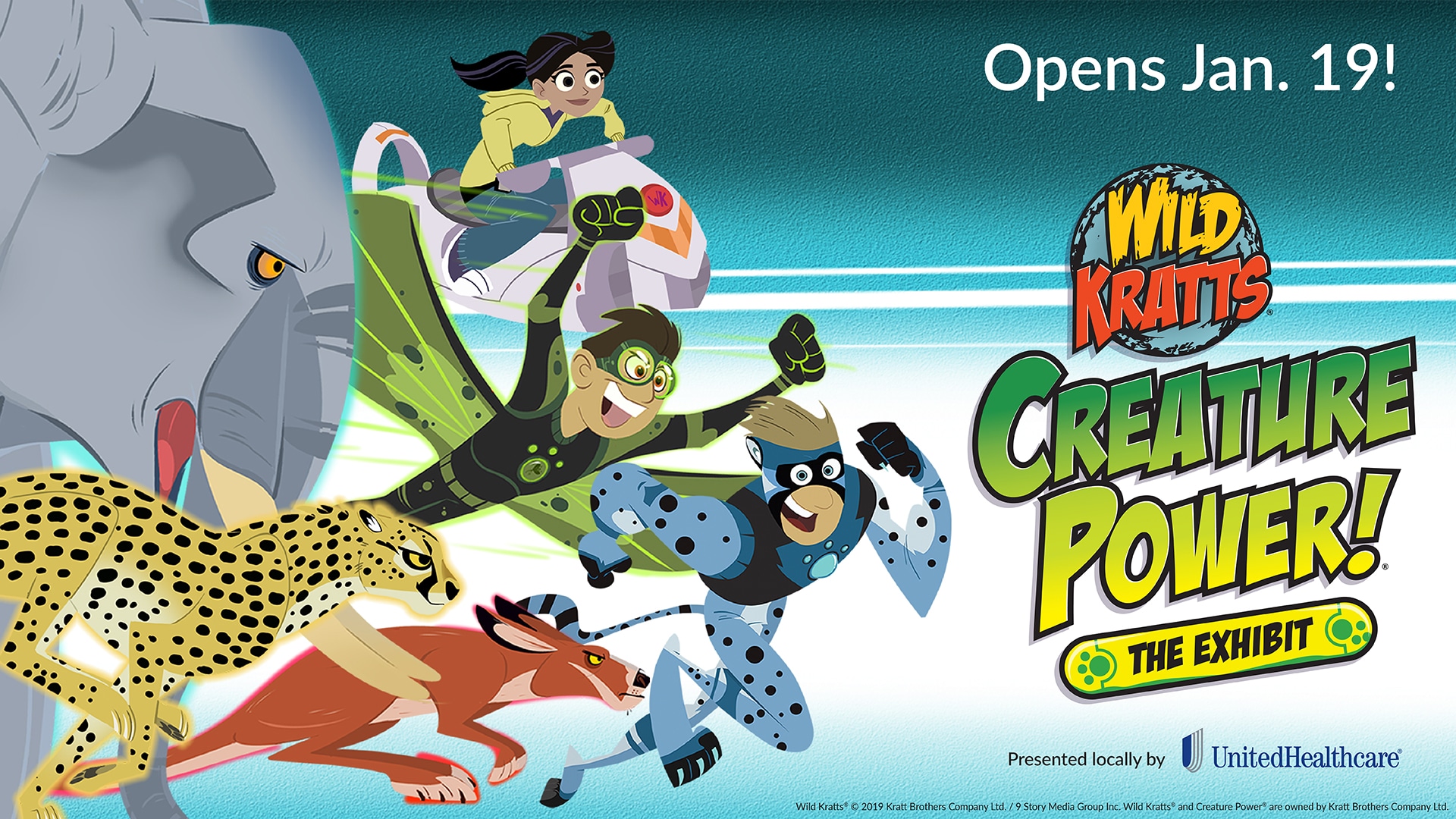 St. Paul, Minn., Jan. 11, 2019 – Minnesota Children’s Museum and the creators of the PBS Kids series Wild Kratts® joined forces to create a new exhibit, Wild Kratts®: Creature Power®!, that brings to life the popular show as a museum experience. This new exhibit will be unveiled on Saturday, Jan. 19, at Minnesota Children’s Museum and will be open through Sunday, May 12, 2019. Then it will travel to other children’s museums around the country.

Minnesota Children’s Museum is a leading producer of interactive exhibits for museums and science centers. When the museum surveyed its members and visitors about which exhibit they’d like to see created, Wild Kratts rated No. 1. The series is one of the top three rated shows on PBS Kids.

“We’re thrilled at the opportunity to help families experience the adventurous world of Wild Kratts,” said Dianne Krizan, president of Minnesota Children’s Museum. “The exhibit will use the power of play to give children opportunities to develop critical thinking, collaboration, confidence and more.”

This new exhibit – which focuses on cultivating STEM skills in children ages 3 to 9 – invites kids and families to explore animal habitats from around the globe, discover incredible creature powers and go on a mission to foil the villains’ nefarious plans.

“This exhibit will get kids moving and thinking while they explore important concepts in science and the natural world,” said Chris Kratt, executive producer of Wild Kratts and co-founder of The Kratt Brothers Company.

Kids and families will get the chance to learn about and try out various Creature Powers® such as:

Wild Kratts®: Creature Power®! is one of two exhibits Minnesota Children’s Museum and the Kratt Brothers Company are developing. The two entities are also collaborating on the Wild Kratts®: Ocean Adventure! exhibit, which will open in February at the Museum of Science, Boston.

Minnesota Children’s Museum sparks children’s learning through play. The museum, a nonprofit organization, serves more than 550,000 visitors each year at its locations in St. Paul and Rochester. Through interactive exhibits and programs, the museum provides open-ended, self-directed experiences that cultivate critical thinking, creativity, confidence and other lifelong skills. The museum serves as a resource for parents to advance their children’s playful learning in the museum and beyond. Minnesota Children’s Museum is a leading producer of hands-on rental exhibits for children’s museums and discovery centers. Visit mcm.org for more information.

The museum is the leading developer of traveling children’s museum exhibits with more than 35 years of experience and the largest collection of rental exhibits on the road.