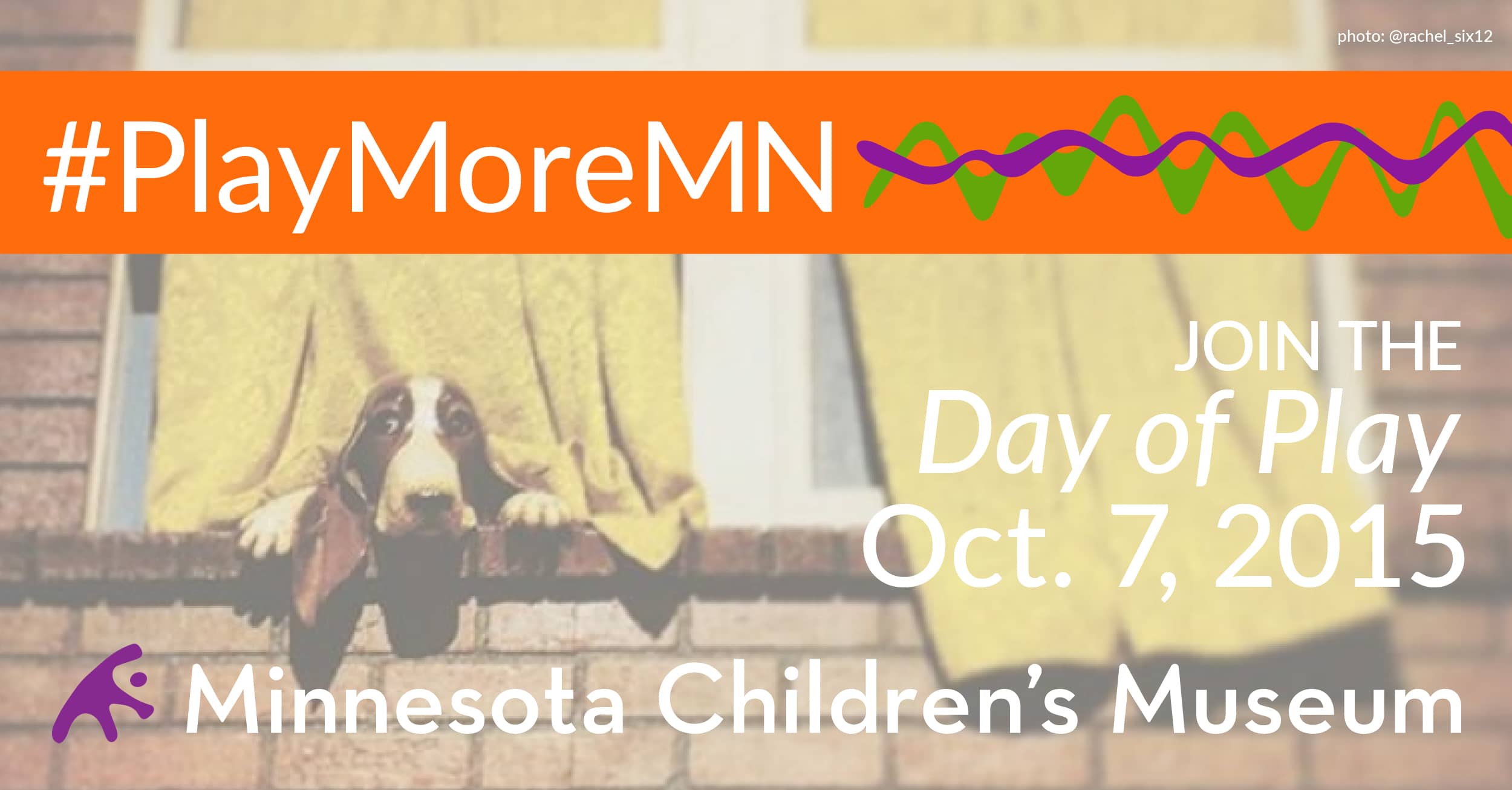 ST. PAUL, Minn. (Oct. 1, 2015) – Governor Mark Dayton and Minnesota Children’s Museum are urging Minnesotans to do something fun and creative on Oct. 7 to help show off the power of play.

The governor declared “Minnesota’s Day of Play” to help the museum launch #PlayMoreMN, a campaign to raise awareness about the importance of play in making communities happier, healthier and more creative.

Anyone can take part by doing a playful activity and sharing a photo or video on social media with the hash tag #PlayMoreMN. More information is available at PlayMoreMN.org.

Governor Dayton will join the fun on the Day of Play by taking part in the groundbreaking ceremony on a $28 million expansion and renovation of Minnesota Children’s Museum in downtown St. Paul. The museum, which will remain open during construction, is re-inventing its galleries, creating new exhibits and adding visitor amenities such as a café and coffee bar. The expansion project is scheduled for completion in early 2017.

The #PlayMoreMN campaign stresses the need for children and adults alike to dedicate more time to play. Key points include:

Governor Dayton has been a longtime supporter of Minnesota Children’s Museum. He served on the museum’s original Board of Directors. He also signed the bill that dedicated $14 million from the State of Minnesota toward the museum’s expansion and renovation project.

Minnesota Children’s Museum also operates a satellite museum in Rochester and opened a “pop-up” museum at Mall of America in September. The museum also serves families from across the state through interactive “Smart Play Spots” in libraries and community centers.

Minnesota Children’s Museum is dedicated to sparking children’s learning through play. Our vision: “Kids play more. Adults do, too.  We thrive as a happier, healthier and more innovative community through the radiant power of play.” The Museum, which first opened in 1981 and moved to downtown St. Paul in 1995, serves more than 460,000 visitors each year at its locations in St. Paul and Rochester, and reaches thousands more across the state through Smart Play Spots, Storyland exhibits and other programs. As the nation’s leading developer of traveling children’s museum exhibits, the Museum is a trailblazer in creating immersive learning environments, reaching more than 10 million children and adults in the United States, Canada and Mexico through the nation’s largest collection of children’s traveling exhibits. The Museum is consistently rated as one of the top children’s museums in the country by national media outlets such as Forbes and Parents and was named as a finalist for an Institute of Museum and Library Services Medal of Service, the nation’s highest honor conferred on museums and libraries. Follow Minnesota Children’s Museum on Instagram, Facebook, Twitter and YouTube.