Core Strength does More Than You Think 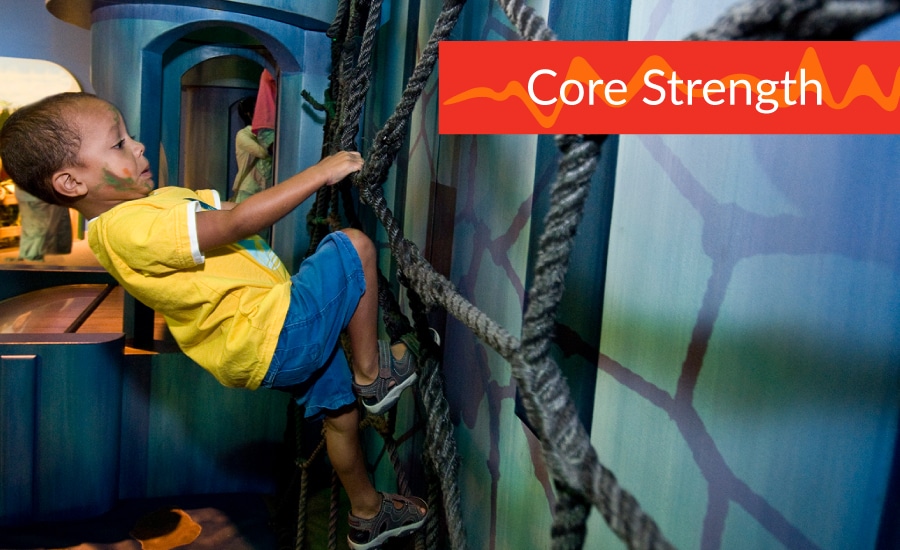 Warm and sunny spring weather practically requires a trip to the local park. Before you swing  with your your kids, pause for a moment to take in the sea of excited children in constant motion. You may be sitting, standing, or about to join them in activity yourself, but the thought goes through your mind regardless, “Just watching them makes me tired!” Maybe so, but whether you realize it or not, you are working too. Actually there is more in common between those super active children and a resting adult than meets the eye. They’re not only releasing energy, but like you they’re using their core muscles.

What is the Core?

Our precious core is the entire center of the body from just below the chest, down to the pelvis and is both in the front and in the back. Core strength is unique in that it is both the stabilizer and the springboard for nearly everything we do. A person’s core is working to hold them upright, even when just sitting or standing (the stabilizer) as much as it is working to move the body in various ways (the springboard). And it is through active, big body play such as running, jumping, climbing, skipping and more that help develop the essential core of a child’s body. But big body play is declining. Recess is disappearing from our schools. (See Why Recess is important:  The role of recess in child development   ) Children are spending more and more time hunched over a screen. And because of this, core strength could be in danger.

The core is where the most important factor of movement of any kind in the body comes from, as well as our stability. It is only with a stable core that a child is able to control other important motor skills and abilities—including attentively listening in school and sitting at a desk without tiring. These abilities include the obvious large motor ones that help our bodies move effectively with power, precision and with increased ease- crawl, walk, run, jump, skip, climb, hop, and gallop (to name a few). But the core helps with small motor abilities as well and transfers its power to make it possible for the little things the body does to also be done with power, precision and increased ease- track, reach, grasp, hold, catch, and throw (to name a few).

Think of this. In order to write, you must first have the ability to hold a pencil. This takes strength, stability and control in the hand and wrist. The wrist is supported by the arm which must have slight tension in it which used shoulder and neck strength. The neck and shoulders are what holds us upright and it gets the ability to do that from, you got it, the core.

At Minnesota Children’s Museum, we have identified seven skills – the Powers of Play –we believe children need to thrive, now and throughout their lives. One is coordination– the ability to recognize, use and appreciate the physical marvels of the human body. Core strength is one of the building blocks of coordination. It is through the stability and strong stance of the core that the body is able to exhibit other various forms of physical flexibility including balance, bending, twisting, stretching and sports.

Cultivating Core Strength with Your Child

It may seem as if children, because of their natural inclination to move….a lot, that their core would be strengthened almost without targeted effort at all. But it does need attention, just like other areas we work to develop effectively in our children. Yoga is a great builder of core strength and very easy to do with children at any age, even the very young. Do you have a child younger than 1? That’s where tummy time comes in! With slightly older children you can have wheelbarrow races with each other, practice elbow planks together, or engage in a good old fashioned game of tug-o-war!  And play, of course!

Physical Play at the Museum

At the museum we offer yoga classes monthly as well as daily episodes of our popular Big Healthy Fun! presented by UnitedHealth Foundation in order to boost the coordination and core strength of all our visitors – children and adults. Just wait until you experience “ninja training” in Super Awesome Adventures in our reimagined museum in 2017. 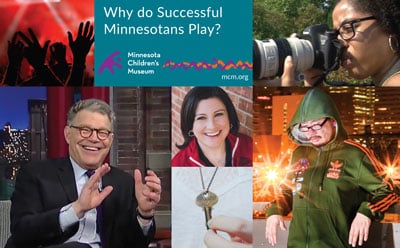 Watch interesting stories of how maintaining a playful mindset fuels success and happiness.