When Minnesota Children’s Museum announced plans for a big expansion project, plenty of people got excited — including a 4-year-old boy named Arthur.

“When we got an email from the children’s museum about the expansion, Arthur had me read him the whole email,” said Arthur’s mom Claudia. “He was SO excited, and also SO convinced it would be done by his visit the very next week.”

“So I explained how first, the children’s museum needed enough money to build it. It costs a lot to pay all the workers and to buy all the supplies. So he asked, ‘Can I give them some money to help make the exhibits?!’ ”

“We think it’s important to share our love with others, in many ways, including financially,” Claudia said. “Even if we don’t have a lot, we have more than others.”

“He found a single dollar bill in his piggy bank and wanted to bring it in that moment. I suggested we check online,” Claudia said.

The First Online Donation to the Capital Expansion Campaign, Room to Play 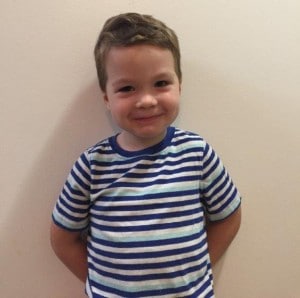 Arthur took that single dollar bill and combined it with the money he received from his recent birthday and donated $10 to the Museum’s expansion and renovation project. In fact, his was the first donation to the Museum’s public phase of the project.

Arthur’s enthusiastic answer when asked why he donated?  “Because I was excited for the new thing they were building!”

Claudia shared, “He was so proud to have his name on it and get an email to HIM saying thank you.  He told everyone about it for a while.”

“When they’re done building it, I hope there’s something fun!” Arthur exclaimed.

You can count on it, Arthur.